HomeblogShould Drug Use be a Problem for Law Enforcement or Medical Personnel? 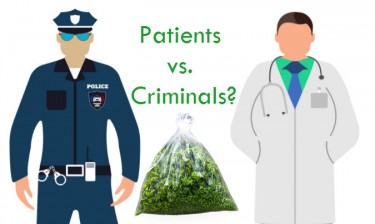 Public Health or Security? Under which jurisdiction should drug policy fall? Currently, we as a global society believes that the most effective way to deal with “unlawful drugs” is to use force and intimidation tactics to deter users and hunt “bad players”.

Yes – we are seeing a change occur with cannabis and some psychedelics, however – the idea that drug use is pathological still remains the reigning paradigm that dictates how we handle drugs.

Many of you reading this article will logically conclude that drug use inherently isn’t a “criminal action”. At best one could consider drug use a pathology, but to associate drug use with criminality holds no logical merit.

For example, if “drug use” is criminal, wouldn’t consuming any type of drug have the same criminal effect on the end user? Or is it simply because these drugs aren’t fabricated or sanctioned by official suppliers – making them “contraband” and thereby, making the user a criminal for purchasing contraband?

If this is the case, then our current drug policies have very little to do with public safety and rather is an issue more closely related to fiscal matters. Perhaps we should let Customs handle all cannabis related issues since it’s “contraband”.

Historically – Law Enforcement is incapable of dealing with the drug issue

We have seen the full force of law enforcement stomping its unrelenting boot on the black market only to have more criminal cartels than ever before, with more money and more reach solely due to the existence of prohibition.

For every kilo seized, a ton makes it across the border. What’s worse – prohibition leads to a higher demand for “legal drugs” which then get sold as legal alternatives to these “bad drugs” – resulting in government policy actively driving people towards more dangerous substances.

We won’t get into the overreaching abuse of power in the name of the War on Drugs, the systematic oppression of minorities, and an increase in violence and insecurity as a result.

In fact, if one were to objectively judge the efforts of law enforcement on their handling of “drugs” they would receive a failing grade. No one could deny their eagerness to solve the problem, the only problem was that they were trying to kill a flea with a cannon.

They thought that you could shoot out or imprison human nature. After more than 70 years of prohibition on the books – we can definitively say that law enforcement is not only ill-equipped to deal with the “illegal drugs” situation but one could argue that continuing to use them in this capacity is putting society at greater risk.

This was one of those “No Shit Sherlock” moments known by activists for decades, only being “discovered by researchers” these days. Not sure what I’m on about – Read the headline from this article right here.

Law enforcement cannot resolve an issue that goes beyond their capacity to serve. You call cops to keep the peace, but they can’t do that when they are the ones invading the peace in order to stop you from smoking a joint.

All the current system is achieving is creating a greater divide between the average citizen and law enforcement. Especially in a world where 68% of Americans are in favor of legalizing cannabis on a federal level.

Who should handle cannabis regulation?

This is not a simple answer I can just spit out. However, I would imagine that you could have a specific regulatory body for medical cannabis practices, the recreational marketplace and of course industrial hemp. Perhaps this is being run under another agency or a new one is created to oversee all federal regulations.

I would hope however that they implement the least amount of regulation necessary. Every single legalization model that tried to over regulate the market found themselves outsold by the black market. Hell, 80% of Canada’s weed sales come from the black/grey market. In other words, local growers selling locally.

Nonetheless, in order to oversee the entire federal legalization effort – a regulatory body will need to be established. I don’t know how that would look like under a Biden administration but in all likeliness it would be “Pharma Friendly”.

No Regulation for the Individual

I believe that federal authority ends when we talk about your body. When it comes to the individual, there should be no regulation at all. If you want to smoke a pound of weed in a day, that should be your Ganj-given right!

I am a firm believer in taking ownership of oneself and to tolerate a government policy that places a restriction on your diet is something that should be of great concern to anyone enjoying the benefits of freedom.

This is why, whenever someone says “you can only have X amount of grams or grow X amount of pot” – you can tell them kindly to go fuck-them-selves. 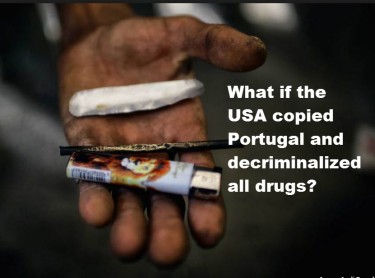 SHOULD THE US DECRIMINALIZE ALL DRUG USE LIKE PORTUAL DID? 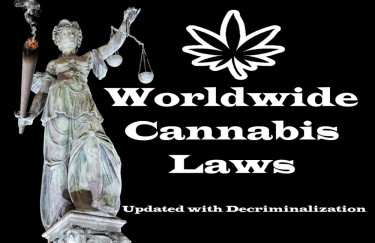 WHICH CANNABIS HAVE DECRIMINALIZED AROUND THE WORLD?