Technology companies are getting closer to creating a true psychedelic experience with immersive virtual reality. Early studies indicate that some of the same mental health benefits can be enjoyed—legally—without ingesting any actual drugs. 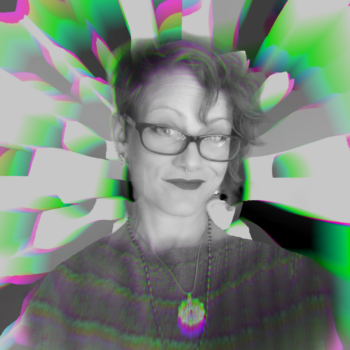 The therapeutic value of psychedelics has made its way back into the news this year. However, exciting new treatment developments are not entirely rainbows and unicorns. Full legal access is still a long way off, and it will be incredibly limited at first.

If you manage to get your hands on mushrooms or other substances, then your kids, your job, and other responsibilities may make it impossible to get a full 8 hours or more with no distractions. Additionally, there isn’t much you can do to end your trip once you’ve started.

Companies like Andromeda Entertainment are coming up with solutions that may help. Its program, Soundself, was officially released this year, but SoundSelf has been around the festival circuit since a debut at Burning Man in 2012.

Ray says that the company is working on a study with psychologist, Sandeep Prakash, to develop SoundSelf into an actual therapeutic integration. She stated, “We want to take this to telemedicine, and to get this technology into underserved communities.”

Psychedelics From the Safety of Your VR Goggles?

With SoundSelf and other programs like it, is that you can take the headset off if things get too intense. “You have an eject button,” Ray noted.

It’s also not likely you’ll be impaired for hours after the peak effects are over. Theoretically, you can simply finish the session and go about your day as usual.

The problem with understanding whether these products perform as advertised, is that psychedelic experiences are so deeply subjective. Trying to quantify an acid trip or a mushroom journey is no simple task. Researchers, physicians, authors and poets have been trying to do it for ages.

Sara Hashkes, founder of Radix Motion and Science Advisor for Redlight Holland described the first time she used a VR program meant to alter her emotional state: “You’re just going to put this screen over my eyes and that’s going to change how I feel?” 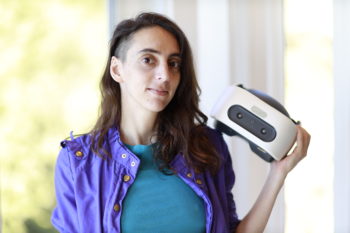 She went on to describe the turning point in her experience, saying, “But when I could give myself tentacles or turn into 100 butterflies, that’s what did it for me.”

In her work, Hashkes puts the human experience into a predictive coding framework. Sensory distortion and intensification from psychedelics is a result of disruption in the way we process information. The amount of environmental noise (set and setting) can affect whether senses become sharpened, or whether we hallucinate.

Hashkes said that hallucinations happen as a result of predictive error. “Your brain is trying to create certainty—and when it can’t it does crazy things.”

“Mystical” is one of the most common words people use to describe their psychedelic experiences. As a result, researchers have employed the Revised Mystical Experience Questionnaire in their studies involving psilocybin and other psychedelic drugs. 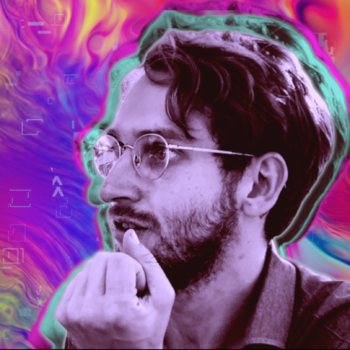 Robin Arnott, CEO of Andromeda Entertainment and creator of SoundSelf said a psychedelic experience, “takes you out of your default mode of operating. Busts you out of your standard feedback loops.”

But he also observed that the ineffability of the moment is most precious.

Okay So Can VR Make You Trip or Not?!

From a most scientific, biological standpoint, the answer is “No? Maybe? Yes?”

Hashkes emphasized the importance of 5-HT2A receptors (nervous system receptors that become activated by psychedelic drugs) in defining such an altered state of consciousness. They don’t seem to activate when people are using VR.

However, the predictive error associated with some VR programs significantly increases the neuroplasticity of your brain, instigating new connections that you normally would not see or make—much like a good trip.

When asked if there was any proof that SoundSelf could make you trip, Arnott said, “We do have research validating some of these things, but it doesn’t f—ing matter. I think people need to put down their scientific lens to get back to what’s real.”

What Is Real, Anyway?

Chris Macchione, diagnosed with CPTSD, is always looking for new ways to get some relief from his symptoms. He agreed to try SoundSelf and share his experience.

The program begins by instructing you on creating your set and setting, and then you move into an intonation exercise that continues throughout the whole session.

He described his anxiety over having to keep up the exercise, “At first, I was like, ‘Oh man I got 20 minutes of this? I don’t know if I can focus for that long!’” He said the stress didn’t last long, because “they get you out of that thinking real quick.”

Once you get started, your breath propels you up a tree which leads to outer space, taking just a few minutes to get there. The rest of the experience is filled with abstract imagery controlled by the sounds you make.

While Macchione said he did not have a real psychedelic experience, he noticed a definite change in his sensory perception. “Certain colors and sounds vibrated; and whenever it matched, it felt joyful.”

He added, “In some ways I could almost smell and taste the sounds and colors as they were moving.”

Macchione noted that he got some afterglow feelings that many people experience with a mushroom trip. “This is very therapeutic in the sense that you’re reacting with it. It’s interacting with you. It’s a great grounding tool. When I get overwhelmed or super depressed, I’m definitely gonna use this.”

Companies like Hashkes’ Radix Motion are crowdsourcing funds in order to keep developing better technology based on existing research. Hashkes is working on several other projects as well, to develop the science at the intersection of VR and health.

She is a little skeptical of saying that VR can stimulate a psychedelic experience, and suggests we proceed with caution. “My biggest wish is for psychedelics to remain about the science, and not become a cult.”

Arnott, however, says, “We can use media for more transcendent purposes than we realize. Science is like a jackhammer on reality; but if everyone is carrying around a jackhammer, no one can use their hands.” 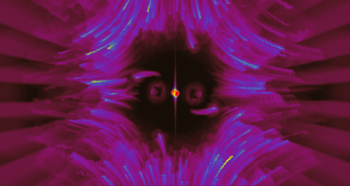 Soundself is looking for two cannabis lounges to partner with, where a full system can be installed. He wants to get feedback from more users to continue refining his product. Any interested parties can contact him here.

No matter what you believe about the safety, ethics, or authenticity of the fast-evolving world of technodelics, consumer products are about to start exploding onto the market, increasing access to mind-expanding experiences.

Hashkes warned of the potential dangers of trusting just anyone with your brain health. “Psychedelics and VR put your brain in a baby state. Take care of your brain in the baby state by finding out who is the babysitter.”