HomeblogJodie Emery Quits Liberals and so should we 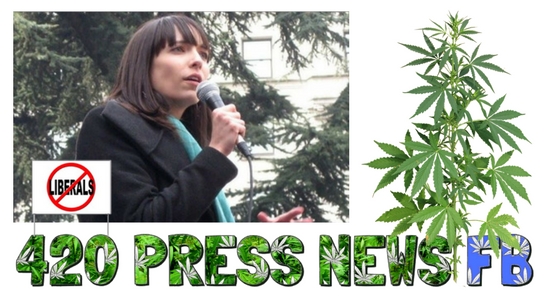 Last week’s arrest in Toronto the last straw for marijuana activist. Jodie Emery Quits Liberals and so should we

Activist and former federal Liberal nomination hopeful Jodie Emery has canceled her party membership, saying Justin Trudeau’s party lied to Canadians about its plans to legalize marijuana.
Emery made her announcement via Twitter Friday morning, accusing the party of backing away from its commitment to legalize pot.

“I canceled my liberal party membership & monthly donations,” she tweeted. “I encourage my fellow Canadians to do the same.”

In a telephone interview with The Tyee, Emery said she joined the party after it voted to legalize marijuana in 2012, thinking it was a good way to further the cause.
Emery said the campaign promise to legalize marijuana helped the Liberals win the 2015 election. The party’s failure to deliver on the promise should convince people to pull their support, she said.
“Political parties value nothing more than money and voters and volunteers,” she said. “So in order to try and convince them to take people more seriously, I think it’s important to resign memberships and stop donations to make them actually see the consequences of lying to the public.”

In the last election campaign, the Conservative Party came out hard against marijuana while Trudeau vowed to legalize it.

The Liberal platform said it was going to regulate the drug to ensure it didn’t fall into the hands of minors and decriminalize consumption and minor possession.

During a campaign stop in Vancouver, Trudeau said on local radio he would move to decriminalize pot “immediately” if elected.

Emery said she defended the party in the media when it was attacked for the legalization pledge, despite its decision to reject her as a potential candidate in a Vancouver riding.

Emery said the party is moving toward establishing a tightly controlled marijuana market where a handful of producers with connections to government funds will have a monopoly, shutting out existing dispensaries.

That’s not what she and other marijuana advocates expected when they supported the party, Emery said, believing that full legalization would include marijuana being sold at independent outlets.

The Liberals also criticized the number of people being charged with “non-violent” marijuana-related crimes during the campaign.

But last week Emery and her husband, pot activist Marc Emery, were arrested in Toronto and charged with drug offenses as a part of a cross-country police operation. The couple runs marijuana shops in Canada, including Vancouver, under the Cannabis Culture name. Marc Emery was released from a U.S. prison in 2014 after being convicted of selling marijuana seeds from his Vancouver base.

She said the government is trying to demonize her and other operators of small dispensaries in order to clear the way for big business hoping to get into the marijuana market.
“It’s a demonization attempt to pre-emptively justify the severe regulations they will be introducing,” she said. “I feel that this is all part of a major campaign.”

The way the Liberals want to make pot available would essentially be similar to only allowing major breweries sell beer in their own stores, she said.

Responding to questions about Emery’s concerns, the Department of Justice issued a statement on behalf of Attorney General Jody Wilson-Raybould.

It said current marijuana laws should be obeyed until Parliament changes them, citing safety concerns regarding minors. Those laws do not allow for storefront operations to sell pot. 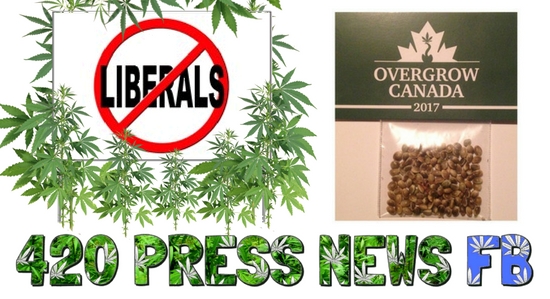