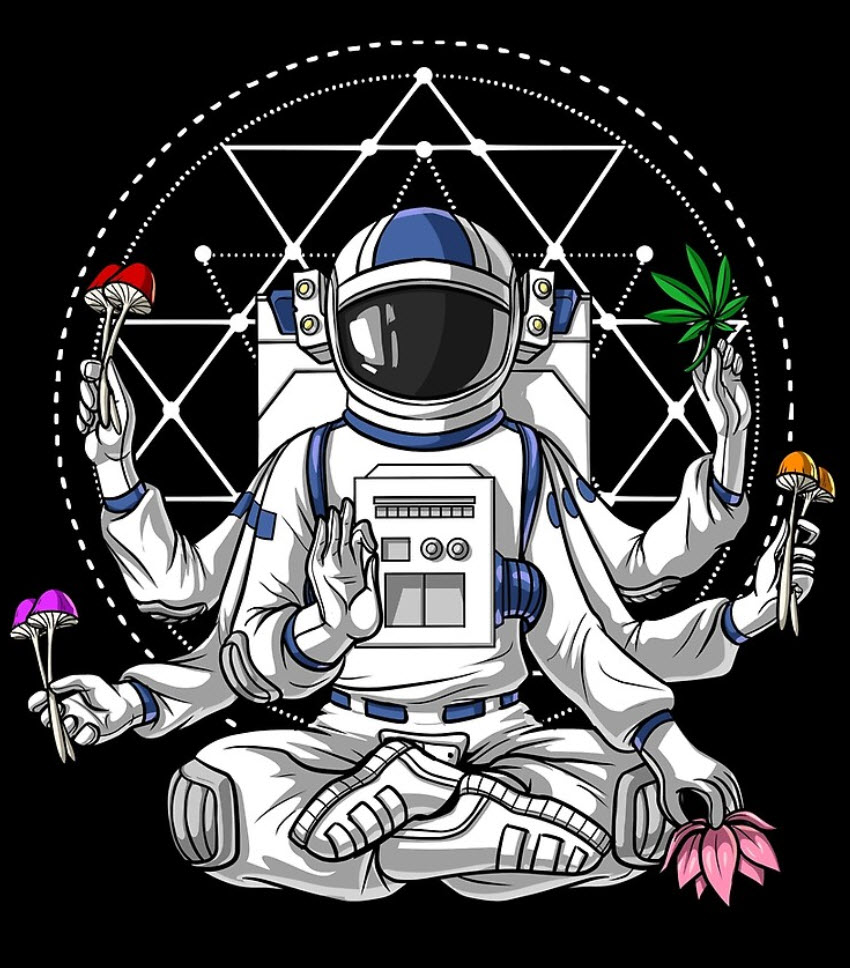 Here we are with another installation of Ganja Theories. In this article we’ll be talking about the idea of “Psychonauts in space”, which of course would include smoking some highly-potent space weed for deep space anxiety. Perhaps not “smoking”, but I’m certain cannabis will make its way into space one day. In a few hundred years we could have “planetary strains”, but more on that for another Ganja Theories.

The idea of psychonauts in space occurred to me as I was watching SpaceX and NASA’s launch in May 2020, which clearly was an important moment in history. Sadly – most people are far too distracted by all the shitfuckery happening all over the world that this historic moment was short-lived. Hell – at the time of writing this article China and India were attempting to de-escalate a border collision between the two nuclear powers, which all started by throwing rocks and using clubs. I shit you not!

Nonetheless, it [the launch] was enough to get my creative juices flowing as I puffed on some Lemon Haze and wondered what the future of space travel would be like. The SpaceX stream lasted only six hours before they cut off the feed and the astronauts reached the International Space Station roughly 24-hours later.

The reason this is important is because of the way we construct our reality. The way you behave is based on a lot of ideas which act as fields of consciousness that shapes the way you respond to situations. For example; if you have a strong notion of “freedom” & “liberty” you would respond unfavorably to legislation that would remove perceived freedoms of liberties.

However, if you were to be heavily influenced by the notions of “security” and “safety” – giving up some of your personal liberties in exchange for more ‘perceived safety & security’ would be welcomed.

Here on earth, we are surrounded by a myriad of conceptual fields of consciousness from ranging from things like diet, religions, education, social circles, government entities, etc.

While these concepts might seem ‘ethereal’ and non-significant, they are very important in constructing our identities. These ‘structural belief systems [SBS]’ allows us to define ourselves by contrasting ‘who we think we are’ and ‘our place in society’.

Our SBS also have degrees of influence on our behavior. For example, a belief held within your home might have more weight on how you behave than a belief about government. Within these fields of consciousness and ideological structures – we exist and coexist as personalities that take on certain traits of these fields.

But in space…that all goes away.

We know that isolation is one of the worst forms of punishment for a person. This was discovered by studying solitary confinement in prison where researchers found an increased potential for abuse and a higher prevalence of mental illness, etc.

In fact, ‘exile’ was historically considered a worse fate than death in earlier civilizations. This is because we become detached from the tethers that make us individuals and become feral. Not to mention that exiled also means that you have to fend for yourself. For some – that stress is too much to bare.

In space, there could be years you spend floating in a giant metal box traveling to your next destination. Perhaps you cryoslept the majority of the way, but undoubtedly there will be moments of pure-infinite isolation.

What happens when you find yourself in a place without borders, government or major social interactions? Your ship is your world and the people on board is the whole population. Everyone has a purpose, everyone has a job.

Think every Hollywood Sci-Fi flick and you have the captain, engineer, medic, etc. You see technicians, soldiers and a swarm of other personas and even though they survive some of the craziest cosmic collisions – they all seem to be cool as cucumbers.

This creates a few potential scenarios:

Space Travel has become so common that the idea of deep space is no longer in conflict with one’s construct of reality. However – trauma is still a thing that occurs irrespective of location, meaning that these ‘cool-as-cucumber-astronauts’ are probably on some sort of chemical cocktail that helps them maintain their cool and dissociate from trauma.

It doesn’t make sense that humans would need the help of psychologists and healers to overcome their traumas – yet in space, everybody seem to have figured their shit out. The only thing that makes sense is that they are hacking their emotions by altering it with a concoction of chemicals. Potentially given to them by some sort of advanced artificial intelligence that monitors their “happiness levels” and keeps them in check.

Perhaps the artificial intelligence itself is “constructing the narrative of reality” for the passengers to maintain their identity while traveling through the void.

On the other hand…

2. Space Shamans are mandatory in space. If we can think of the brain as a muscle – psychonauts are gym-monkeys when it comes to ‘testing the boundaries of reality’. It would make sense to have trained professional psychonauts – masters of internal-reality – to act as conduits to the idealized internal representations of the world for the rest of the passengers. Psychonauts would be helping these busy and highly necessary crew of rational thinkers, to ‘unglue’ from their rational minds and regress into the creative state of “flow” or generative trance.

This could be achieved with a myriad of psychedelic experiences, which would also make the psychonaut in space an expert in pharmacology. To increase the practical need for such a character, they could also be chemists…why not?

As I finished my joint, I thought to myself, “Hell yea – psychonauts in space makes sense!” I am now trying to pitch it to Elon – we’ll see how it goes. 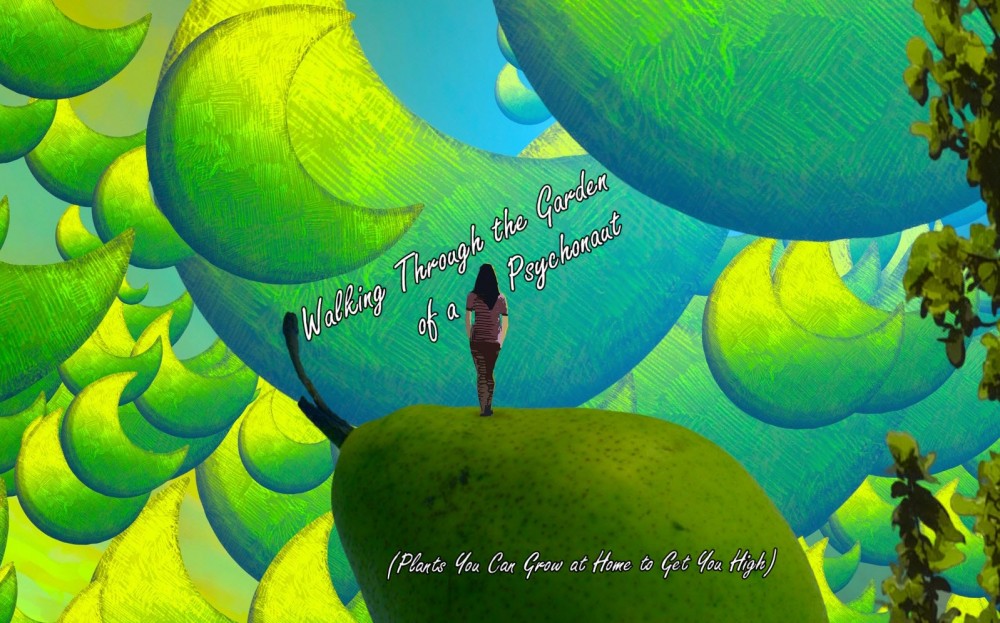 WALKING THROUGH THE GARDEN OF A PSYCHONAUT!