New York City, where I and 8.5 million others live, used to be the worst city in the United States to be caught with cannabis. This is no exaggeration.

Under America’s Mayor Rudy Giuliani, and later America’s anodyne business executive-turned-mayor Mike Bloomberg, NYPD arrested more people per capita for marijuana possession than any place else in the entire world, as Alex Pareene observed in Salon back in 2015. 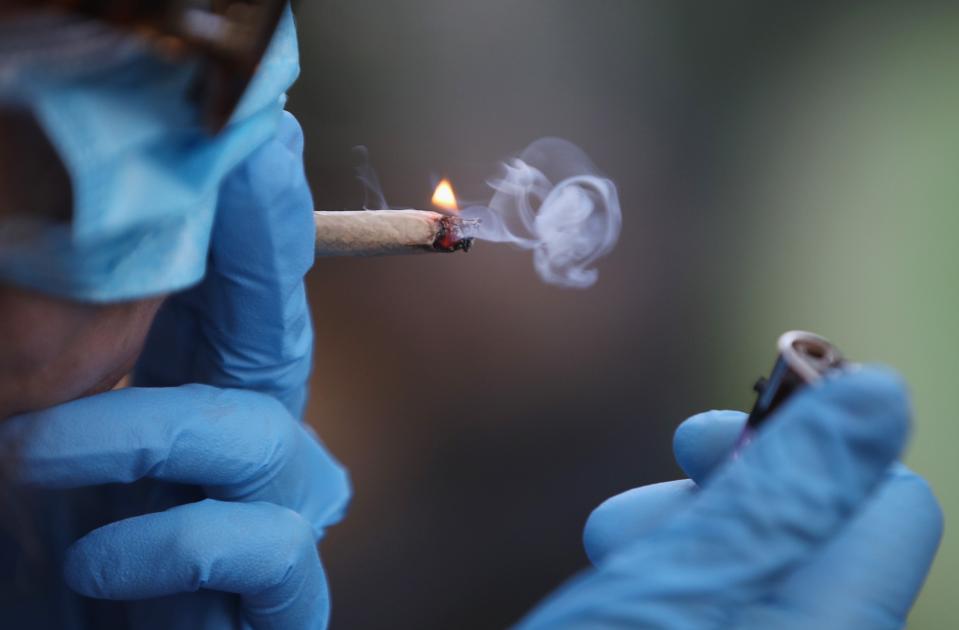 It’s easy to find and use cannabis in New York City, even if it’s illegal. And yet calls to reform … [+] the state’s unworkable medical-marijuana laws are drowned out by legalization pushes. (Photo by Bruce Bennett/Getty Images)

It could hardly be worse, but it is better now under Bill de Blasio (whose wife and children are black, and thus still among the New Yorkers most at risk of getting arrested). Better, in that it’s not a Nixonian police state. Right now, the cannabis scene in New York is merely very stupid.

Medical cannabis is technically legal in New York, and has been since 2014. However, medical marijuana exists under restrictions so tight that legal cannabis medicine is functionally unavailable. Fewer than 125,000 people in the entire state are qualified to access it, according to NORML.

And when someone does find a doctor willing to certify them for a very serious illness and thus qualify for non-smokeable, non-flower cannabis, it is exorbitantly expensive. You can’t grow it at home, and only a select few businesses have a coveted license.

“Currently, New York’s medical cannabis situation is a racket, and inaccessible for both the patient and entrepreneur,” said Solonje Burnett, a Brooklyn-based CBD and cannabis educator and event planner.

This means most New Yorkers drive to Massachusetts to buy recreational weed—and still do, even in the pandemic—or continue to play the illicit market, where statewide decriminalization, which followed the district attorneys in Manhattan and Brooklyn saying they’d no longer prosecute possession, has triggered an explosion.

Even under Covid-19, it’s very easy to find high THC cannabis—and if that’s not your bag, it’s even easier to stroll into a corner store or neighborhood pharmacy and find, arranged as if this were a dispensary, CBD bud of dubious provenance. 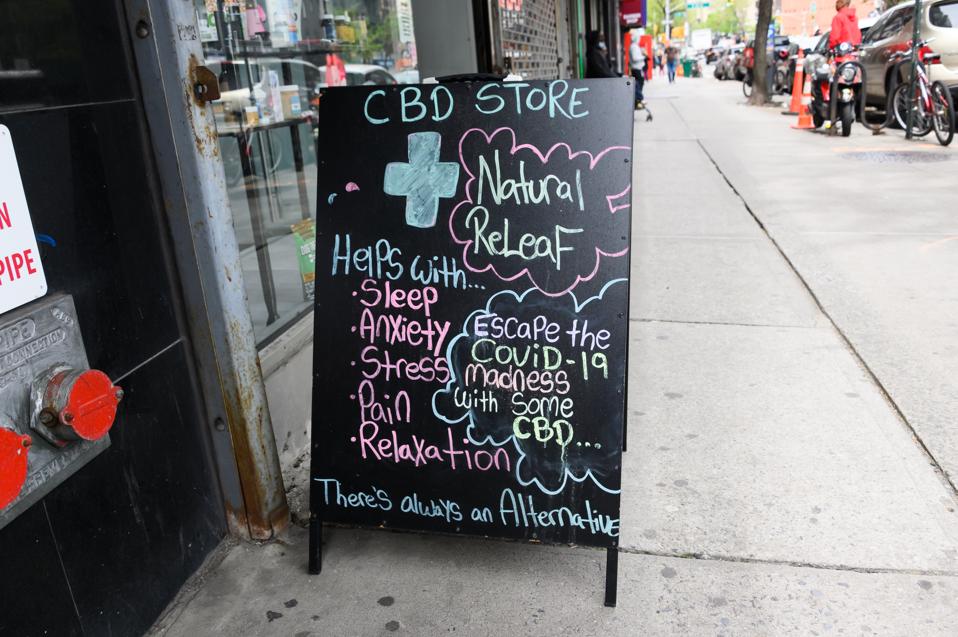 NEW YORK, NEW YORK – MAY 05: A sign placed outside a CBD store in Murray Hill during the coronavirus … [+] pandemic on May 5, 2020 in New York City, where you can buy CBD bud derived from hemp in stores–but not THC cannabis tested in a lab. (Photo by Noam Galai/Getty Images)

Weed is illegal. Weed is everywhere. This all works, for some people, sometimes, sort of, though nobody’s really satisfied—and after Gov. Andrew Cuomo declined to advance a legalization measure to the state legislature in his budget package earlier this year, this isn’t changing anytime soon.

Last week, a group of New York state senators called on Cuomo to add legalization back to the conversation, a plea made out of naked and pure desperation. Since the state budget deficit is approaching $61 billion, thanks largely to the COVID-19-prompted halt of business in New York City, and some projections think the tax revenue on legal cannabis could hit $300 million, now might be a good time to start making money off of weed, the argument goes.

And this argument isn’t winning people over—as in, it’s not winning legalization supporters over.

“Legalization cannot be looked at as a quick bandaid to stop the current financial hemorrhaging,” Burnett added. Not for nothing: concerns over social justice quashed legalization last year, not opposition to weed.

“Cannabis is steeped in racial and economic injustice,” she said. “Any last-minute legalization in New York State must be human centered.”

Or, better yet—what if New York State just made medical cannabis more available? California seemed to do just fine with widely available medical cannabis. Patients got what they needed, the illicit market shrank, cities (and the state) made money. This is working just fine in Oklahoma—where, in Tulsa alone, there are four times as many cannabis dispensaries in all of New York State, according to Weedmaps.

The population of Tulsa is 400,669—or about one-seventh the population of Brooklyn. Oklahoma, by the way, is close to allowing out-of-state residents to acquire temporary medical-cannabis cards, meaning it will soon be easier, and more legal, to buy weed in Tulsa, Oklahoma than it is New York City.

Something is wrong here. Medical cannabis, as both concept and practical matter, is widely popular in the United States. Ninety-one percent of Americans think cannabis should be legal for medical use, according to the Pew Research Center. Weed is clearly popular in New York, as the illicit delivery services, shady CBD bodegas, and ubiquitous CBD popups demonstrate. Yet reforming New York’s all-but-unworkable medical cannabis laws isn’t even in the conversation.