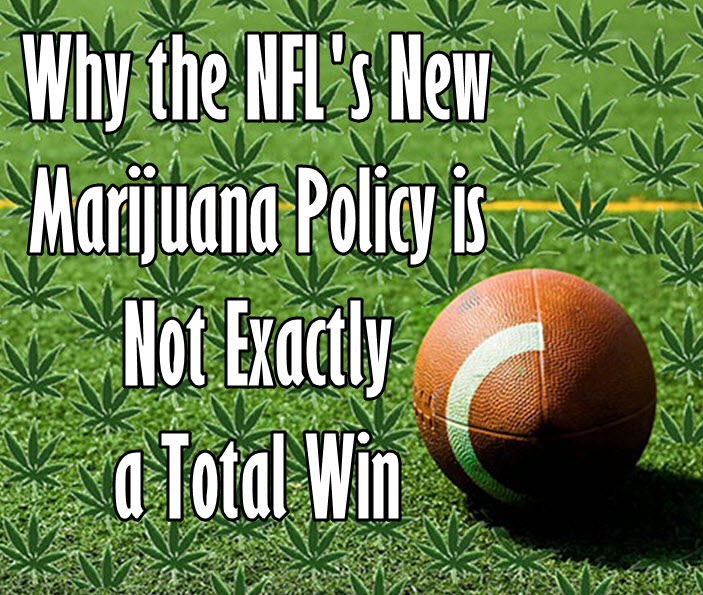 When it comes to cannabis use in the world of sports, the stance taken by major sports bodies isn’t the best that can be expected especially when the gross increase in acceptance by different states is taken into consideration. The sports world isn’t yet at the level it can be when it comes to cannabis but it would be false to state that there hasn’t been improvements.

Unlike before, major moves and steps are being taken by different sports bodies in the United States. The climate of things right now suggests that they are gradually becoming open to change. One such body that is gradually relieving their stance on cannabis testing among their players is the NFL. There have being changes in the former policy between the owners and players in the Collective Bargaining Agreement (CBA) that might spell the rise of a new dawn for players.

The question that should be asked however is if this new marijuana policy by the NFL should be a cause for celebration as the majority see it.

To fully understand the new policy by the NFL, we must first look into the former policy that was existing as a guide for the league. Cannabis is not a substance that is cleared for use by players majorly due to the effects of THC which has the ability to introduce a euphoric and intense high to the user. Players under the previous policy of the NFL were subjected to a four-month testing window over the summer. This gave a large window for which players can be tested and during the period of this window, players are subjected to random testing and those that have violated the policy before are subjected to more tests than those who haven’t.

The required level for the concentration of THC that was deemed a violation of the policy was 35 nanograms per milliliter and if such levels are detected following the random testing during the specified window, the players face the stipulated punishments depending on the number of violations. After the first violation of the policy, the players are referred to the substance abuse program but a second violation of the policy will see the players fined for two games and a third violation produces a fine of four games. The guidelines have been the principles of the existent marijuana policy of the NFL and have kept players in a bind for a long period of time. One such player that has been at the back end of this policy is Josh Gordon.

The new policy that was agreed in the Collective Bargaining Agreement by the owners and players offers a couple of changes to some of the specifics of the former policy offering the players more room than before. First, there is a change in the testing window from four months over the summer to two weeks at the beginning of the training camp. The interpretation of this is that there is lesser room for the random testing conducted on the players and offers more breathing space for the players. Coupled with the reduction in the span of the window, there is also an increase in the concentration of THC termed unacceptable and a violation. The threshold for a violation rises from 35 nanograms per milliliter to 150 nanograms per milliliter while there is also a change in the mode of punishment for players guilty of violating the policy.  The change in the mode of punishment is seemingly driven more towards treatment as there is a lesser fear of suspension for players under the new policy.

While many are basking in the wins of this new policy, it is very easy to get carried away and forget that key issues are still left unattended to in the new policy. Although this is a step in the right direction, it is not the ideal arrangement that we can consider perfect for players who are asking for a review in the policy.

Despite the changes, the policy is still a far cry from what is desired and not so much of a big change from what was existing before. The reduced risk of suspension for players is replaced with the possibility of losing from half week salary to three weeks’ salary. In a highly risky field where salary is a major component for players, it is easy to see how this rule might not be all that we may be playing it out to be. The reduced window for testing also gives the impression that there are lesser tests for all players but it is very much the same as the previous window in the sense that players with no prior record are only usually subject to one test and they still are during these period. The previous space of the window offers more than one test to players with a previous violation which is more of the same as the new policy thus putting prior ‘offenders’ in a tough spot.

The stand of the NFL on the matter of cannabis is not helped with the different laws that are still existing in different parts of the country. For a long time, these have sparked reservations by the league and it took a massive push for them to come to this new policy but more can still be done. Along with complications with existing laws in the different classes of government, the NFL is still worried about the presumed message being passed to the younger fans of the league hence the restraints they are still showing.

The conclusion of the matter regarding the new policy of the NFL for marijuana is that although it is a step in the right direction, much more can still be done. The NFL is still not open to the acceptance of CBD as an alternative treatment for pain management for players. The fines are not the same as the previous forms of punishment, but they are still substantial punishments nonetheless and these still need to be reviewed. The hope of many is that there will still be a change in terms of this policy in the near future. Maybe then the trumpets and drums of celebration will be befitting, but until that is the case, there is little to celebrate about.

THE NFL ON DRUGS, READ MORE… 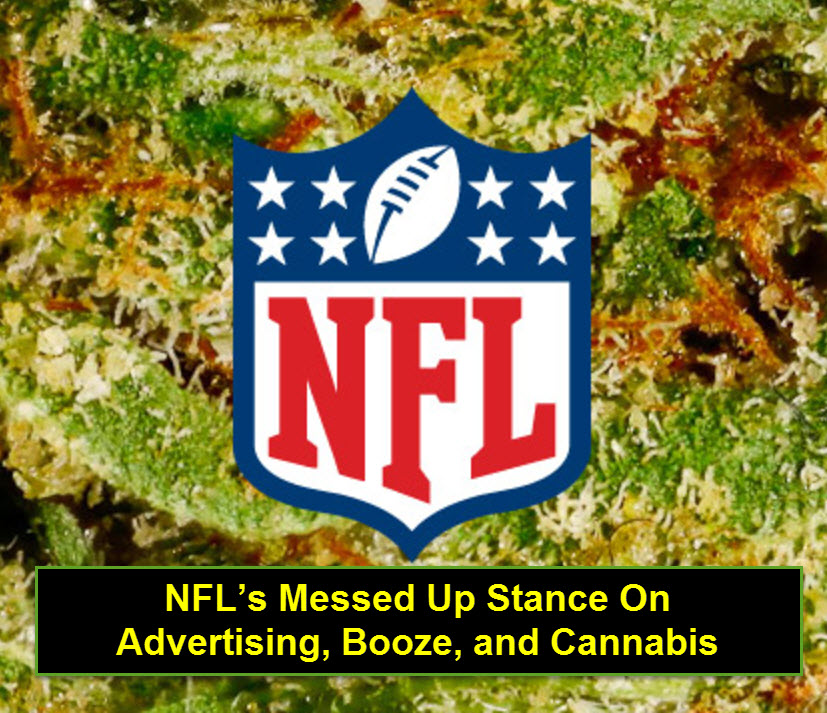 THE NFL DRUG AND ALCOHOL POLICY IS MESSED UP, READ THIS!

SHOULD THE NFL EVEN CARE ABOUT MEDICAL MARIJUANA?