HomeblogWhy Do Humans Like to Get High? (Science Can Explain It) 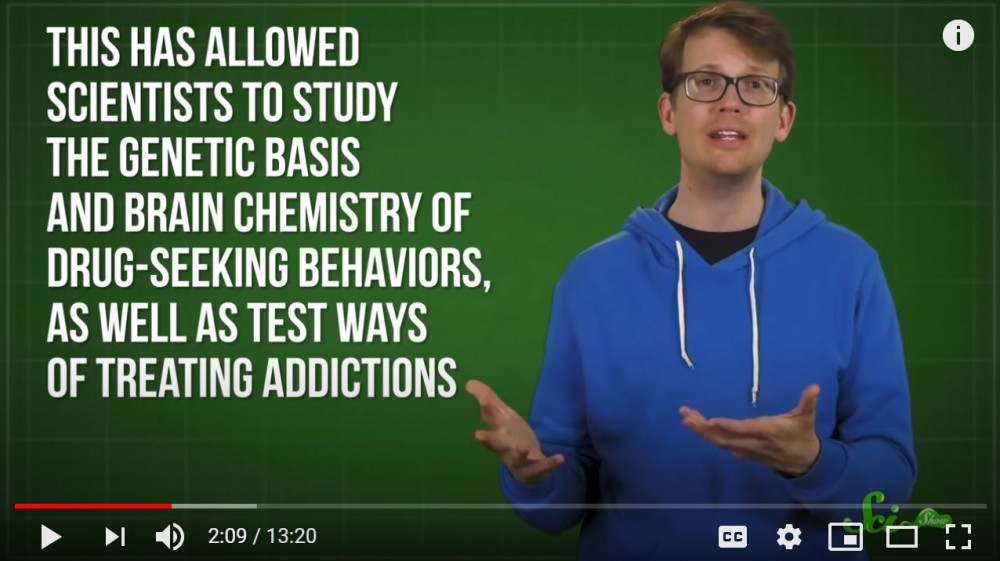 Before I start down this path – it is important to note that there is no definitive answer to this question. While many anti-drug advocates would like to claim that “drugs hijack the pleasure centers of our brains” as the reason why we like to get high – the problem lies that when this premise is scrutinized, it doesn’t stand the muster.

The following article will review some of the most popular theories about why people like to get high. Why is this important?

It’s quite simple really – the motivations of drug use has directed our drug policies. It’s the reason why “addiction clinics” exist to the extent it does, it’s the motivation behind the way we deal with drug addiction and why politicians thought using force was the best deterrent.

You do drugs because of “pleasure center hackings”

There’s a lot of issues with the “You like drugs because your brain likes it” argument. One of the first issues we can find with this argument is “the ways they test this premise”.

For starters – the lab animals [namely mice and rats] that are used for these experiments might not be a good test subject to start with. Bret Weinstein explained that lab mice were genetically altered over time, making them unreliable test subjects.

In this clip with Joe Rogan he explains that because we have these genetic mutants – the results from testing can’t possibly be correlated back to human physiology. After all – while animal studies do provide some insight – only human studies can provide more accurate data due to physiological differences.

Furthermore – there’s the issue on “how” they get these mice hooked on drugs. One way they do this is by starving the mouse and only providing a single source of food – the tainted source. When the mouse takes the drug and then continues to use it – some scientists conclude; “The mouse’s pleasure centers were hijacked and that’s why they consumed drugs!”

Except – when you take these drug-addicted mice and then place them in a situation where they are surrounded by other mice and have things to do – there’s a drastic change in behavior. In fact – many mice were able to kick their “heroin addictions” by themselves when the surrounding conditions changed.

This means that we’re comparing Apples to Pears, and making an assumption based on a very unlikely scenario [in nature] – and then correlating it to modern humanist society.

What about Dolphins and Elephants

There are plenty of anecdotal evidence to show us that certain animals do like to get high. The dolphin has been seen passing around puffer fish like a joint – getting high from the toxins in the fish. Elephants in South Africa can be seen getting drunk on ripened Amarula fruits.

While this is certainly observable in nature – it’s nothing compared to how we humans consume drugs. In fact, the instances of getting high in the animal kingdom are limited. They don’t seem to be consuming these drugs for the same reasons we do.

In these cases – it could very well be an evolutionary trap in that – their brains are tricked into thinking that the substance has a higher prevalence of nutrition and thus caught the animal in a loop of intoxication.

Researchers looked at monkeys on the Island of Saint Kitts in the Caribbean where Monkeys would steal the drinks of tourists. This was their evidence for an evolutionary trap – however, only 17% of the Monkeys preferred alcoholic beverages – the rest were not interested.

This means that the Evolutionary Trap hypothesis simply can’t work because it only affected 17% of the population.

What’s interesting is that there is a certain population of humans who also – consistently – consume narcotics. Globally speaking – the rate of addiction has never really risen above 3%.

There have been historic instances where certain populations had a heavier dependence on drugs – for example, the Chinese during British Occupation. Except once again, the numbers were artificially inflated. The Brits actually helped get them hooked on opium during the Opium Wars of the 1800s.

When there is no government influence on drug use – people tend to cap-out at about 3%, meaning, if we were to do nothing about drugs – we probably wouldn’t see an increase in addiction rates. Does this mean that all the “War on Drugs” policies were useless – most probably?

A world without drug regulation?

No – Of course, we need agencies that test the efficacy of drugs. We also need to understand the physiological and psychological reasons why people do what they do in order to create treatment plans.

However – understanding these mechanisms does not give permission to lawmakers to design laws to limit our freedom of choice. You are the sole owner of your mind and body and deserve to know what drugs do to you…but you should always have the right to put whatever you want into you body – only if you are truly free.

The evolutionary processes that allows us to metabolize drugs were formed millions of years ago – suggesting that as a species we have been experimenting with mind-altering substances for a long time. Perhaps it’s simply within our genes to consume it – after all, Terrence McKenna suggests that apes ate mushrooms and sparked enough synapsis to develop higher brain function.

Nobody knows yet – however, we should not embrace policies on “half-truths” like virtually all of our drug policies. Perhaps it’s time to re-assess the data and rewrite the laws, unless we are satisfied with the notion of using faulty science to dictate public legislation.

THE SCIENCE OF WEED, READ MORE… 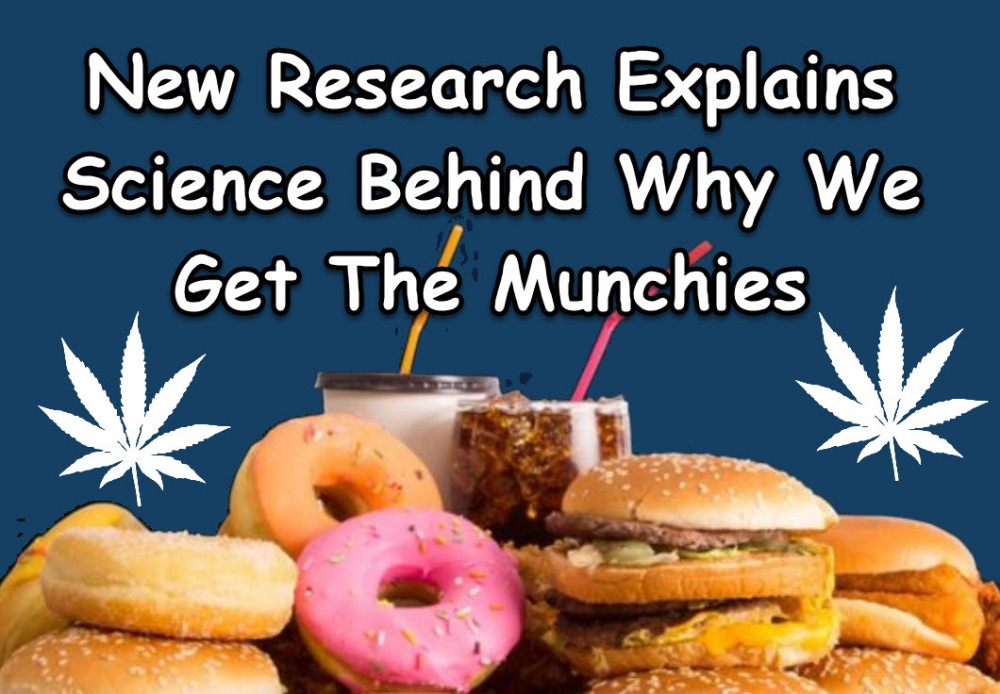 THE SCIENCE BEHIND THE MUNCHIES, WHY WE GET HUNGRY! 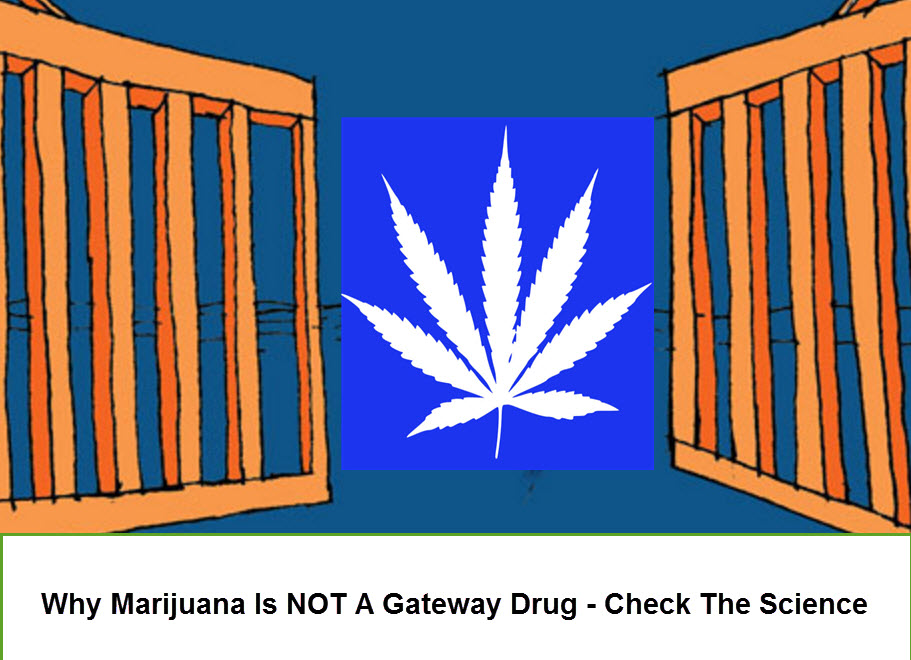 NO, CANNABIS IS NOT A GATEWAY DRUG, SCIENCE EXPLAINS!