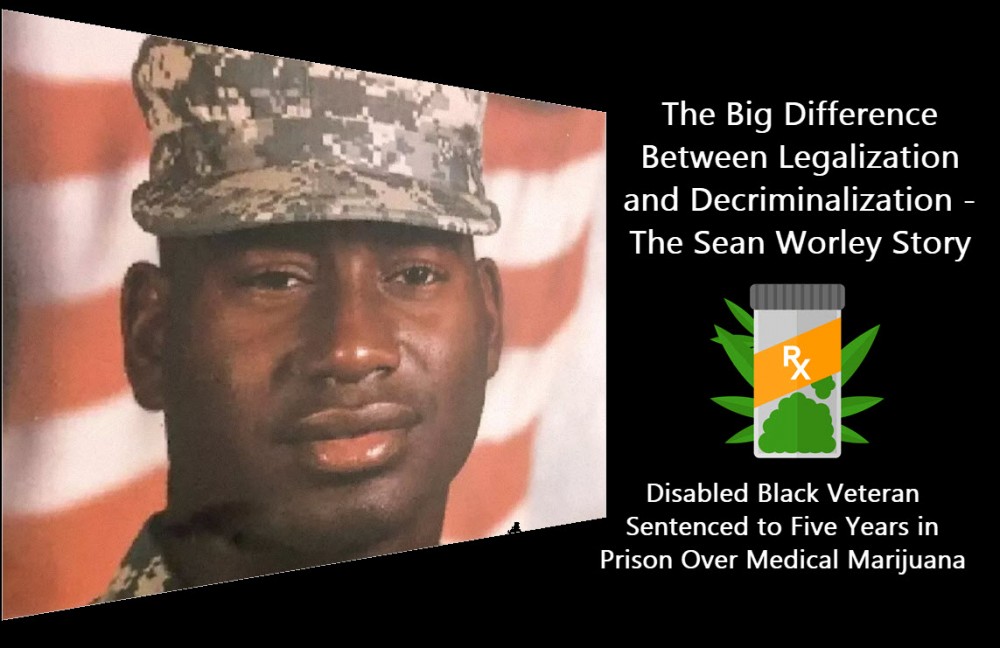 Despite the vast majority of Americans [both left leaning and right leaning] being in favor of legalizing cannabis for adult use – the Democratic Party voted emphatically against legalization. Good ol’ Joe Biden isn’t quite ‘on-board’ with the whole legalization issue and thus the entire Democratic Party established their position ‘politically’.

While I could shit-post on this decision – like many other prominent cannabis organizations have – I am not here to talk about why the official Democratic Party’s position is not effective and would leave many individuals exposed and unprotected.

The Democrats officially are backing decriminalization and I believe it’s important for people to understand what that means first.

What is Decriminalization all about?

Legally speaking – decriminalization is a policy that reduces the penalties or removes the criminality of a particular drug. It doesn’t necessarily mean “legal” but rather exists in a “grey area” where the government would tolerate a person consuming a particular substance – but it won’t be legally available in store.

However – this is just one way of looking at decriminalization. In the United States, the Controlled Substance Act has different categories or “schedules” of Drugs. Currently – cannabis is labeled as a “Schedule I Substance” meaning it is in the most restrictive category.

Technically speaking, taking cannabis from Schedule I to Schedule II would be “decriminalizing cannabis” except, if that were to happen – we could say goodbye to the cannabis industry as we know it and welcome a corporate nightmare scenario.

You see – Schedule II is a less restrictive category than Schedule I – but the drugs in this category are typically reserved for Pharmaceutical drugs. In order to operate legally in this sphere, you need an exuberant amount of money for testing, quality control, etc.

Something that your local Mom & Pop shops won’t be able to compete with and forget about minority business owners.

Decriminalized cannabis in Schedule-II would be the whitest-Wall Street Looking cannabis industry you could ever imagine where the weed is subpar because CEOs want to boost profits for shareholders.

Biden has hinted towards “decriminalizing to Schedule II” and with the Democratic Party bowing in submission to the whims of Joe – they might be supporting Schedule II decriminalization as well.

Why Decriminalization is not enough

I’m going to tell you the story about Sean Worsley – a Iraq Veteran who was locked up in an Alabama Prison cell for five years because of marijuana. As you know – Alabama does not have legal cannabis on the books and one day, when Sean drove with his wife – Eboni – from Mississippi to North Carolina to help with Sean’s Grandmother rebuild her house after she was displaced by a hurricane.

When Sean passed through Alabama though he had the unfortunate displeasure of running into Carl Abramo, a local police officer. Sean and his wife stopped at a gas station and pumped gas. They were having a good time, playing music loudly and Sean apparently decided to wail on the ‘air-guitar’.

This prompted Carl Abramo to ‘investigate’ the scene. There was obviously no just cause for searching the vehicle. The officer later claimed he “smelled marijuana” – but there was no way to prove that. Nonetheless, after seeing Sean play the air-guitar and having a good time, he searched the vehicle and found marijuana.

This was all Abramo needed to take Worsley to prison.

But was Worsley a stoner? No –he was a war veteran suffering from PTSD and the cannabis was to help him cope with the trauma of serving 14-months in Iraq disabling bombs a-la-Hurt Locker. Yet this doesn’t matter in Gordo Alabama where marijuana is bad and illegal.

However – this was just the beginning. Worley went through a legal nightmare because of the irregularities between state cannabis laws. Eventually – Worley ended up in prison somewhere in the South with piles of debt for driving through a state without federal protections on cannabis.

Now – under decriminalization – this would continue. Federally a drug could be “decriminalized” but in a state like Alabama – it could very well still be criminal. This means that even if the Democrats “decriminalize the drug” – we could still have Worley’s suffering at outdated laws.

If you want to read the full tragic tale of Sean Worley – click here.

We need to completely remove cannabis from the CSA

Decriminalization is not enough. We cannot simply allow “states” to make up their own laws on the matter. I do believe in State rights – but cannabis consumption is not a privilege, it’s a human right. Imagine if states could make your basic human rights illegal. Well – you don’t have to imagine too hard, it’s exactly what’s happening.

If the Democrats are too chicken-shit to legalize cannabis, then at the very minimal they should go beyond decriminalization – they should completely remove cannabis from the CSA. Otherwise – we’ll have more cases like Worley on our hands in states that maintain the illegality of cannabis. 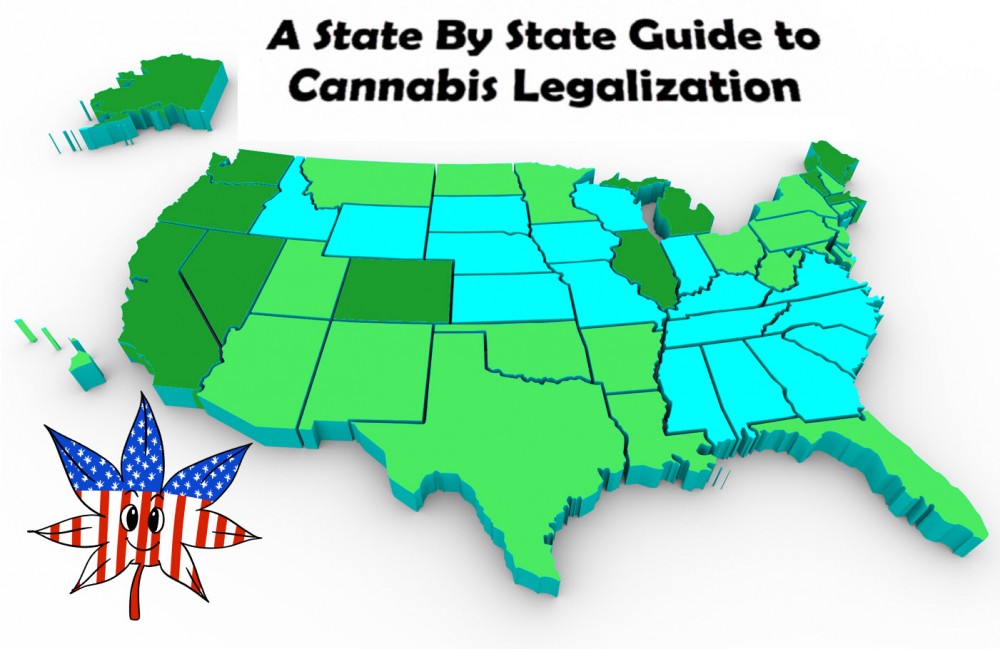 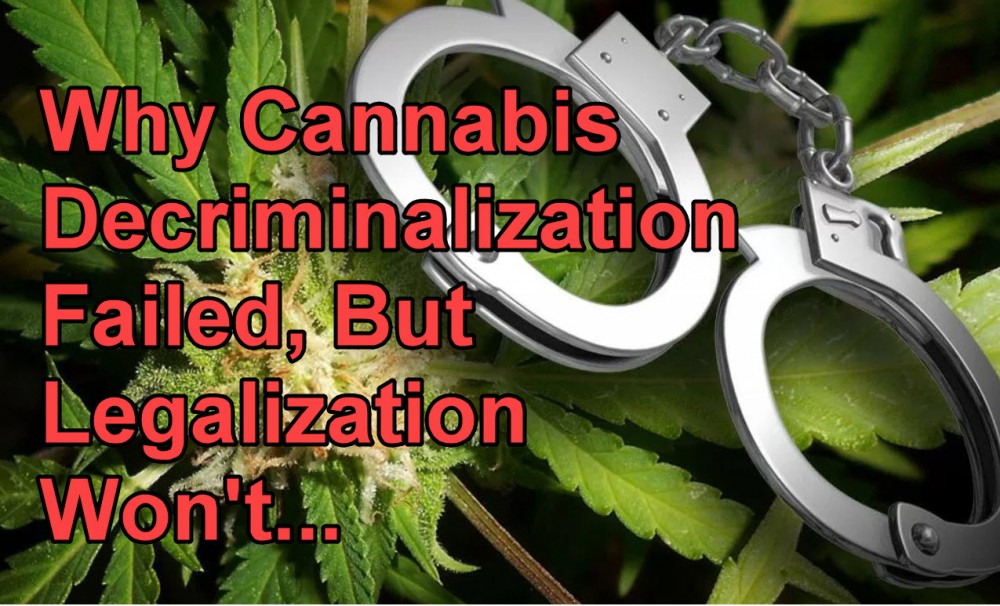 WHY CANNABIS LEGALIZATION WONT FAIL WHERE DECRIMINALIZATION DID..

What Are The Most Abundant Cannabinoids?
Indoor MMJ Grow Weekly Update: Week 6 of Flower
This Treehouse Is A Socially-Distant, Cannabis-Fueled Dream Vacation