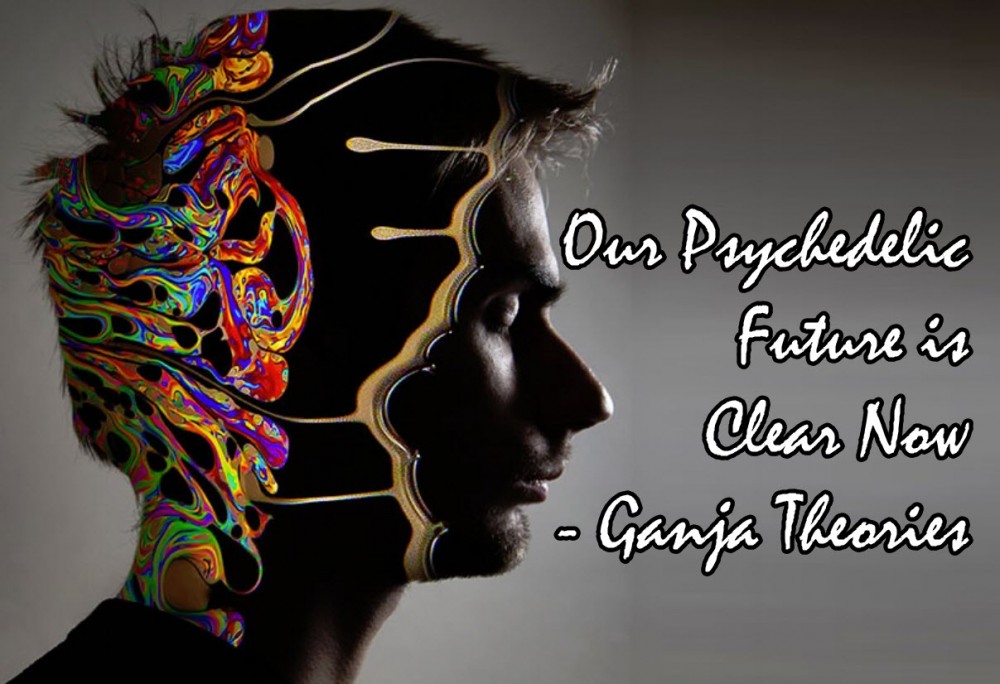 I think it’s safe to say by now that cannabis legalization is no longer a pipedream but actually simply a matter of time. However, over the past few years, scientists have also sparked up their interest into psychedelics.

This isn’t to say that they weren’t always interested in these substance – yet lately there have been some promising results in treating psychological conditions such as PTSD, Depression, Chronic Anxiety & Stress and much more.

We would know a lot more – but for the more 50+-years our great leaders (I use the term loosely) thought it would be best if we suspend all research on the matters and focus on solely on having the police deal with health-related issues. But this article isn’t about the colossal fuck-up from those in power but rather flipping the coin in the other direction – Our Psychedelic Future!

I strongly believe that psychedelics will eventually go the way of cannabis and hopefully – and this I truly hope – we can end the prohibition of all drugs. I have written on these subjects before so be sure to check out those other articles on why we should legalize all drugs and my personal suggestion on how to best approach these issues.

Nonetheless – we will one day head into a world where psychedelics are commonplace for a wide variety of psychological and physical maladies. Perhaps, these natural medicines will become the “first response” to a wide array of conditions including; Depression, PTSD, Anxiety, Bipolar and borderline conditions, and much more.

Let’s take a closer look at how Our Psychedelic Future could look like.

Psychedelics will probably be legalized first for medical reasons prior to legalizing for recreational purposes. The same thing happened to cannabis and considering that the medical community are showing great interest in studying these substances further – it is not illogical to assume that psychedelics will follow suit.

In our psychedelic future, you will be able to obtain various different psychedelics based on your conditions. While we’re still not 100% sure of how psychedelics assist in our mental health – in the future we may become so knowledgeable that we would know what psychedelic substance would be best to administer for a particular condition. For example; we may learn that magic mushrooms work better for chronic depression whereas lysergic acid may help for focus and retention related conditions like ADHD.

Additionally – in the future our ability to accurately dose patients to produce specific effects will also have been firmly established. A physician would be able to prescribe you a particular treatment option [some which would require mandatory oversight]; you in turn would be able to walk into your local pharmacy and pick up the medicine.

While many will want to keep all this purely for medical purposes – the fact of the matter is that “recreational psychedelics” will always have a place in society. We like to drink, smoke weed and get shit faced – in Our Psychedelic Future – we still do.

The difference is that we know that the substances we’re using have been tested for purity and quality. We would know that these legal drugs were either cultivated ethically, or have been produced in top-notch labs.

Centers where you can take the drugs will also be created. Places where newcomers to the world of psychedelics could be initiated by more experienced practitioners.

We also invent plenty of new drugs or at the very least – make some of the compounds that Shasha Shulgen discovered but never made.

Due to psychedelics being legal – our entertainment gets an upgrade. Remember that time when the music industry produced giant-original music. It was pretty much during the time when everybody was dropping acid and doing mushrooms. Hendrix, Santana, The Doors, and a slew of other giant names resulted from the psychedelic revolution – singing songs that will be echoed throughout history.

These days you get Mumble Rap.

After psychedelics is reintroduced to the masses – there will be a radical shift in tone and meaning of music. New sounds, new genres and new literature and streamed shows will all be revolutionized into something new. We may even invent new ways of entertainment – especially with AR, VR, ER and of course Musk’s Neurolink.

With AI and quantum computing close to becoming a sustainable technology ready to be outsourced to the masses – we will eventually reach a point where we evolve beyond the need for politicians. Chris Rock said it best, “I hope Joe Biden is the last president”.

Obviously – depending under which political frame you are reading that statement, you may either be upset because of the choice of candidate. But I implore you to look beyond this and look at the idea of “the last president”.

Do we need Congress-persons and Senators who have no term limits make the decisions for millions of people? I have always wondered how millionaires can empathize with those who live under the poverty-belt, and for centuries governments have been trying to convince us that they can.

The cold truth: They can’t.

At one point in time, hopefully after the psychedelic awakening, we’ll realize that Politics can be automated or at least most of the political processes can be automated. We don’t need the Democrats or Republicans arguing over “how much money” to give those who were negatively affected by COVID. Within a society that prides itself as “modern” – there should be no debate on whether or not people need to receive healthcare, relief or any other benefit from THEIR TAXES.

Politicians believe that because they have the title Senator or Congress-person, they have a right to dictate what happens to the Tax Revenue. Except – they all have decided consistently that WAR is the most important thing in the US.

Psychedelics have this nasty little tendency to make people choose Love over War. And when enough people realize that no-principled millionaires are not ‘good representatives’ and that in all likeliness – a cleverly written and fair line of code in some advanced form of AI would probably outdo the performance of a thousand Senators.

Slowly but surely, we’ll replace many of our politicians with algorithms aimed at producing a result that would provide the most benefit to the largest number of people.

I believe psychedelics would give people enough neuroplasticity to be able to shake off their need for governance and realize that within a world where technology has advanced to such a degree that we’re building lunar bases – we can embrace a future without politicians.

THE FUTURE OF PSYCHEDLICS, READ MORE.. 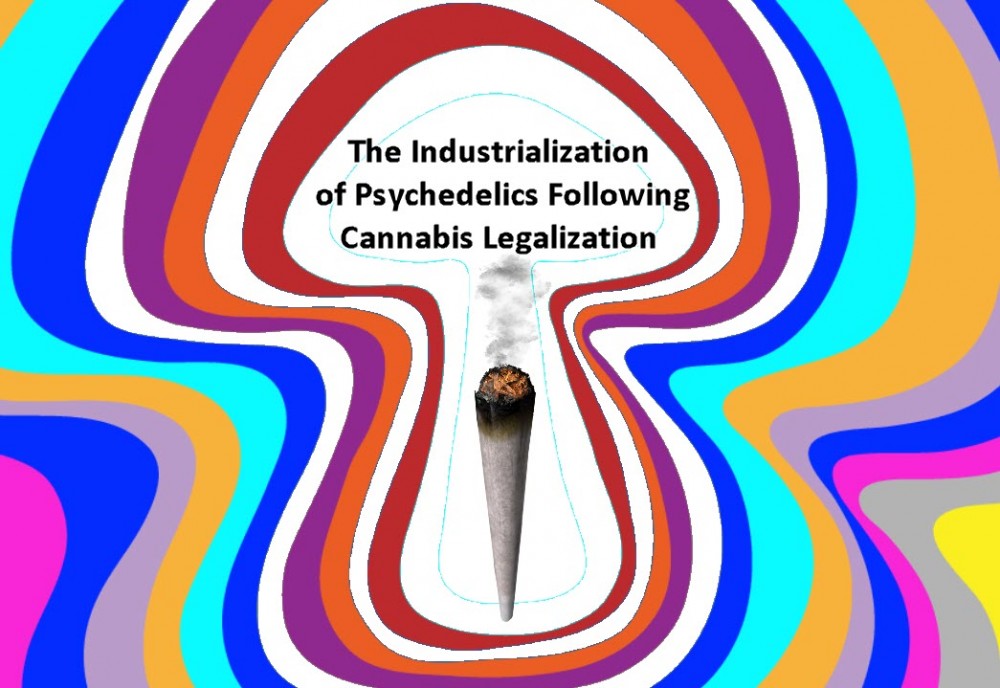 HOW PSYCHEDLICS ARE BEING INDUSTRIALIZED, READ MORE. 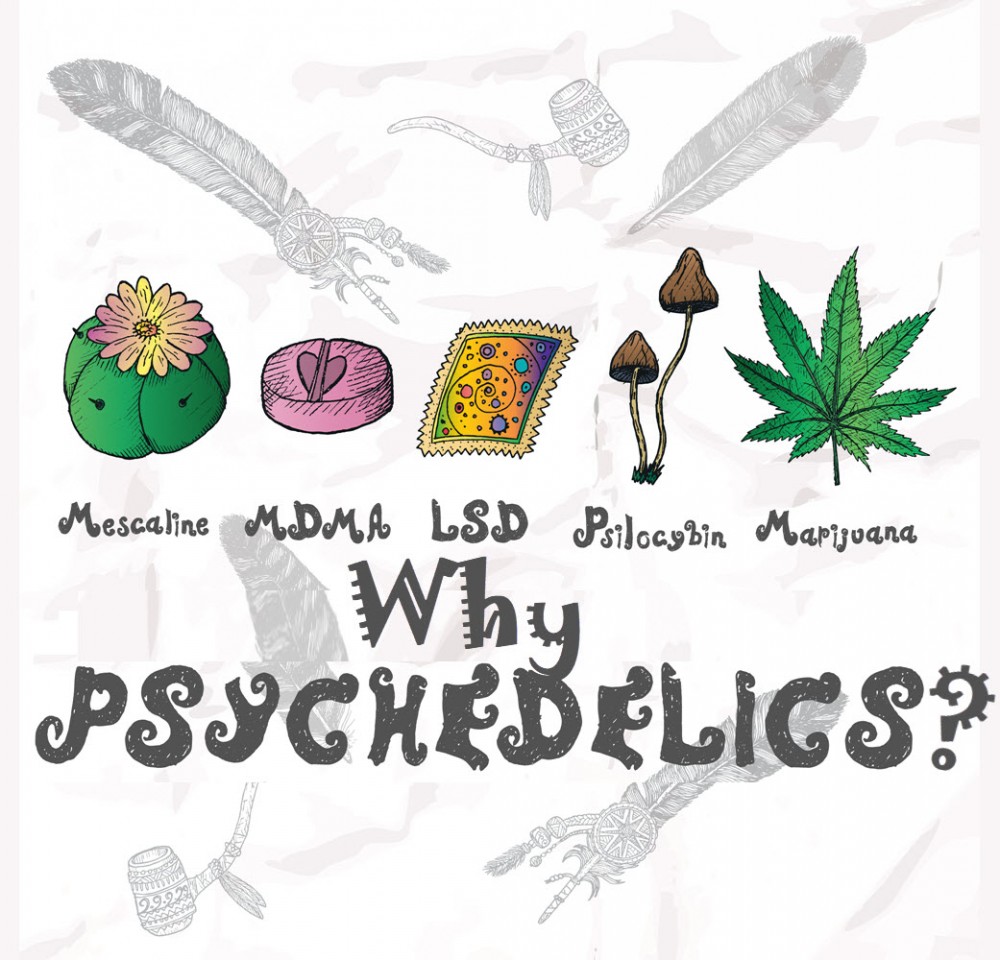 WHY TRY PSYCHEDLICS IF YOU ARE HAPPY WITH WEED? READ THIS.