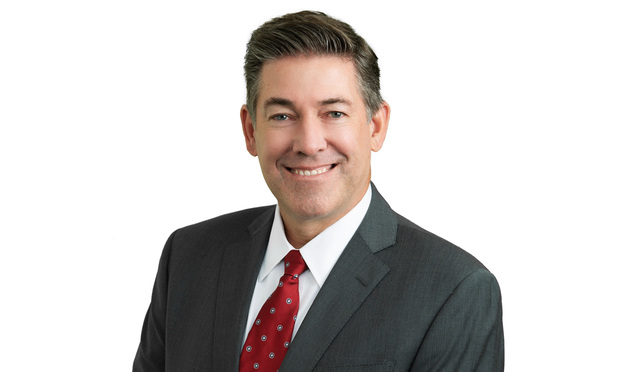 Make no mistake about it. Medical marijuana is no longer a trend. It is part of the mainstream. It is now legal in 33 states, both red and blue. Dispensaries are thriving throughout the nation, including in Pennsylvania, where medical cannabis has been legal since 2016. Its proponents champion it as a weapon in the fight against the opioid crisis, touting it as an effective pain relief option to highly addictive narcotic drugs like OxyContin.Moreover, it is gaining acceptance as a treatment method for conditions frequently seen in workers’ compensation cases, such as neuropathy, post traumatic stress disorder and chronic pain. It is also increasingly being found to be reasonable and necessary medical treatment for workers’ compensation claimants in multiple jurisdictions around the country.

Yet here in Pennsylvania, employers and workers’ compensation carriers remain in legal limbo, waiting on judicial guidance from the state’s highest courts in the face of ever increasing claims from injured workers to pay for medical marijuana. Will it be considered reasonable and necessary medical treatment under the Pennsylvania Workers’ Compensation Act? Right now, it might seem that the best way to answer that question would be to shake a Magic 8 Ball. But the outcome can be better predicted by reading the tea leaves and analyzing how the issue of “marijuana as reasonable medical care” has been decided by courts in other states where it is legal.

Over five years ago, a series of opinions came out of the New Mexico Court of Appeals that addressed the viability of medical marijuana usage for a work injury as well as payment in workers’ compensation cases. At that time, they were the sole decisions the workers’ compensation community could look to for direction. In the cases of Vialpando v. Ben’s Automotive Services and Redwood Fire & Casualty, 331 P.3d. 975 (N.M. Ct. App. 2014), cert. denied, 331P.3d 924 (2014), Maez v. Riley Industrial and Chartis, 347 P.3d 732 (2015) and Lewis v. American General Media and Gallagher Bassett Services, 355 P. 3d 850 (2015) the court found that medical marijuana was reasonable and necessary to treat chronic pain from work injuries and held that employers and carriers had to pay for it.

In all three cases, the claimants had been suffering from chronic, intractable pain from significant work injuries. In Vialpando, the claimant had been taking multiple, narcotic pain medications and antidepressants for debilitating chronic pain from a work injury to the low back that led to a series of unsuccessful surgeries. In Maez, the claimant’s treating physician concluded that traditional pain management had failed and thereafter, developed a plan to treat the claimant with medical marijuana, thus rendering it reasonable and necessary. In Lewis, the claimant suffered from ongoing chronic pain due to a significant low back injury in 1998 that resulted in several surgeries and numerous pain relief drugs that were not working. In fact, the claimant’s doctor stated that the benefits of medical marijuana outweighed the benefits of “hyper doses of narcotic medications.”

The opinions were important for workers’ compensation stakeholders around the nation who were tracking the development of medical marijuana’s impact on workers’ compensation law. Legal experts concurred that, based on the New Mexico cases, other courts would likely conclude that medical marijuana was indicated for treatment of a claimant’s chronic pain and that the employer or insurer would be obligated to pay for it.

And the experts were, for the most part, right. In the years following the decisions from the New Mexico Court of Appeals, workers’ compensation courts in other states followed suit.

For instance, in the case of Petrini v. Marcus Dairy Inc. and Gallagher Bassett Services, 2016 Conn. Wrk. Comp. LEXIS 17, the Connecticut Workers’ Compensation Review Board concluded that evidence established that a claimant who had tried a dozen different pain medications and had a non-functioning spinal cord stimulator, required aggressive pain management treatment such that medical marijuana was reasonable. Additionally, the court rejected various public policy arguments raised by the employer, including that marijuana is illegal under federal law. In the Maine case of Noll v. LePage Bakeries and Cannon Cochran Management Services, 2016 ME Wrk. Comp. LEXIS 29 (Maine Workers Comp. Board August 23, 2016), the Maine Appellate Division found that their medical marijuana law did not exclude a self-insured employer from reimbursing a claimant for costs associated with medical marijuana he was using due to difficulty he was experiencing with side effects from pain medications.

In Pennsylvania’s neighboring state of New Jersey, a workers’ compensation judge concluded that medical marijuana was reasonable and necessary care in the 2018 case of McNeary v. Township of Freehold, 2008-8094 (Div. Work. Comp. June 28, 2018) ordering Freehold Township, New Jersey to pay for a municipal employee’s medical marijuana. In doing so, the Judge cited medical marijuana as a safer treatment option than opioids. Earlier this year, in the case of Hager v. M&K Construction, Docket No. A-0102-18T3 (App. Div., decided Jan. 13, 2020), the New Jersey Appellate Division found that a claimant’s use of medical marijuana was reasonable and necessary for his chronic pain in light of his treating physician’s recommendation to discontinue narcotic medications due to their highly addictive quality and the serious risks associated with them.

If the tea leaves are being read closely, they seem to be saying that medical marijuana will be found to be reasonable and necessary medical care for injured workers in Pennsylvania, provided they have a qualifying condition under the state’s Medical Marijuana Act (MMA), such as severe chronic pain or opioid use disorder. But is it truly “reasonable and necessary?”And even if it is, will carriers and self-insureds be required to pay for it, considering marijuana remains an illegal Schedule I narcotic under the federal Controlled Substances Act (CSA)?

Like medical marijuana laws in a number of other states, Pennsylvania’s includes an exemption that statutorily excludes carriers from payment. Section 2102 of the MMA states “Nothing in this Act shall be construed to require an insurer or health plan, whether paid for by commonwealth funds or private funds, to provide coverage for medical marijuana.” Although the provision doesn’t specify that workers’ compensation carriers will not be required to pay for medical marijuana (like Arizona’s law), it provides carriers with a level of protection against direct payment. However, it doesn’t exactly clear up the conundrum they face when an injured worker submits medical marijuana expenses for reimbursement, which is, if they pay for it, will they be subject to prosecution for violating federal law?

The employers in the cases from other states cited in this article all raised the preemption issue and the majority of the courts rejected it on the basis that prosecution was unlikely. One notable outlier, however, was the Maine Supreme, which held in the case of Bourgoin v. Twin Rivers Paper, 187 A.3d 10 (2018) that where an employer is required by order to subsidize an injured worker’s medical marijuana, there is a conflict between state and federal law, and the CSA trumps the state’s medical marijuana law. According to the court, if the employer were to comply with a judicial order to subsidize medical marijuana, the employer would be engaging in conduct that would meet the elements of criminal aiding and abetting and be subject to penalties for violating the CSA.

Would a preemption argument be relevant in the context of a Pennsylvania workers’ compensation utilization review (UR) case? Perhaps secondarily, but in UR petition cases, the main issue is the reasonableness and necessity of the treatment in question and the burden is on the employer to prove that it is not, even if they were the prevailing party at the UR level. Hypothetically, if a case involved a claimant with chronic pain from failed low back syndrome who was not responding to traditional pain management care that included narcotic medications, and evidence was presented that medical cannabis helped the worker’s pain, it is entirely foreseeable that a Pennsylvania workers’ compensation judge would conclude that the care was indicated. In Pennsylvania workers’ compensation law, medical treatment can be reasonable and necessary even if it is merely palliative and designed only to manage the employee’s symptoms.

It may seem obvious that the tea leaves are saying “yes,” Pennsylvania’s courts will find medical marijuana to be reasonable and necessary care for qualified injured workers and that it is compensable. However, as the Bourgoin case shows, there are no guarantees. And in the long run, reading tea leaves won’t cut it when more important issues involving medical cannabis need to be addressed, such as whether there is real evidence for its efficacy in treating chronic pain when, like opioids, it possesses its own addictive qualities and adverse side effects. When this modern day Gold Rush winds down, it will be time to move in the direction of objective, medical criteria. It will be time for a reality check.

Francis X. Wickersham is a shareholder in the workers’ compensation department at Marshall Dennehey Warner Coleman & Goggin. He can be reached at fxwickersham@mdwcg.com.