Marijuana Moment write up on the morality of marijuana:

While I don’t personally subscribe to the idea that cannabis has anything to do with morals – we know that morality has a big influence in terms of legislation. In fact, it was the “immorality of cannabis” that helped make it illegal in the first place.

This is why taking a look at these “moralistic polls” and in turn get a feel for ‘where the population is at’ in terms of acceptance, progress and so forth.

For example – according to the Gallup Poll – those who were surveyed placed birth control (at 90% in favor) high up on the “scale of morality” whereas “affairs between married men and women” (at 9% approval) were placed dead last.

This gives us the highs and the lows of the scale and will give us perspective in terms of seeing where cannabis is in the equation. Additionally – it will show us more or less the pulse of the nation in the US.

Remember – the question is whether smoking marijuana is “morally correct” or not and at this point – we have roughly 70% of the pollsters saying “Yes!”

That’s huge compared to the 65% it polled in 2018. Why the shift in moralistic perception? Firstly – a greater number of people are seeing it as a medicine. While there is still 30% subscribing to the idea that “smoking weed is bad” – the vast majority are all in on weed.

The same can’t be said for Same Sex Relationships which polled at 66%, which apparently is just as moral as having a baby outside of wedlock or STEM research.

People believe that gambling is “more moral” than smoking marijuana by 1% and sex outside of wedlock at 2% higher.

In essence – people think it’s virtually equally moral to have a one-night-stand, gamble or smoke a joint. As for alcohol – 86% of the pollsters thought it was morally correct to drink.

Pornography scored at 36% – which is weird considering that sex is 72% moral. For some reason, it’s better to have sex than to watch other people have it for money.

Polygamy is roughly as moral as suicide and suicide is higher in morality than cloning humans and of course – worst than suicide and cloning is having an affair while married or in a relationship.

What does this all mean?

We can see that same-sex relationships, cannabis , gambling and similar activities are roughly seen within the same “moralistic filter”. This means that the vast majority of people in the United States does not take issue with people smoking weed or being gay – we should consider this a huge victory.

It wasn’t too long that same-sex couples were frowned upon and while it still doesn’t have unanimous support – the concept does have the majority of pollsters in favor. Even Birth Control doesn’t have a 100% approval – meaning that something can never be “purely moral or immoral” either.

Morality is a spectrum that is in constant shift. This means that what is moral today does not necessarily guarantee that it will be moral tomorrow. For example – in the 1920s-1930s, the idea of consuming alcohol was considered a-moral. It was part of the reason why alcohol was prohibited.

If we take a look at “Reefer Madness” – the entire program was designed to create a “moralistic view” on something that is devoid of morals itself. It is impossible for cannabis to be either “good or bad” because if we were to leave a plant growing by itself in the wild – it would be neither.

Thus – Reefer Madness has to create a moral argument in order to influence the behavior of the people in order to create legislation that would support the moralistic status quo.

This is why “good or bad” is really a subjective experience. Of course – there are some essential secular morals that are required for society to function like; Respect of life and liberty, maintaining our environments, etc. This helps society establish a “base moralistic assumption” or a base set of behaviors that will not be scrutinized by the masses.

Within this context – the fact that cannabis has reached mainstream approval indicates that the policies of prohibition will soon become an “immoral legislation” which will have to be addressed by the politicians. No matter their stonewalling – it is now a moral act to smoke marijuana. 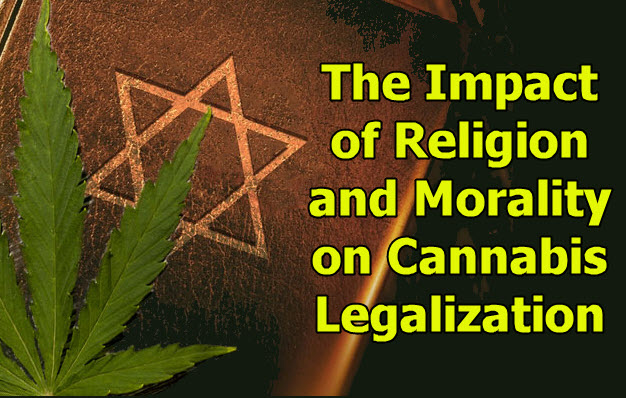 THE MORALITY OF CANNABIS AND RELIGION, READ IT! 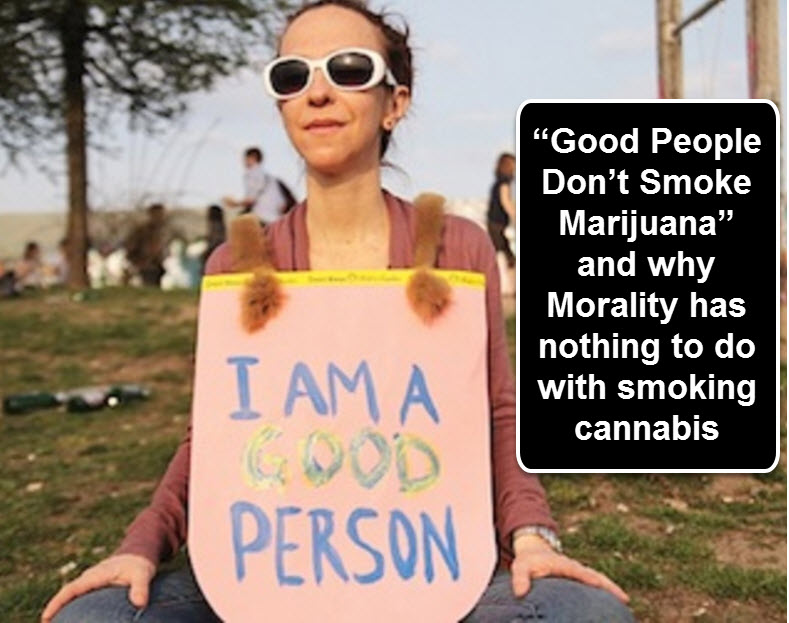 ARE YOU A GOOD OR BAD PERSON IF YOU SMOKE WEED?